DJ PRINCE-J ENTERTAINMENT WORLDWIDE
Add Comment
News
Adelani Adepegba
President Muhammadu Buhari will this week meet with the Minister of Police Affairs, Muhammadu Dingyadi and the Inspector -General of Police , Mohammed Adamu, to resolve the dispute over recruitment of 10 ,000 constables into the force.
This followed the inability of the Police Service Commission and the NPF to resolve their differences over the agency with the constitutional mandate to carry out police recruitment .
Sunday PUNCH gathered on Friday that the commission ’ s chairman , Musiliu Smith , had received assurances from the President that the issue would be resolved soon .
The retired IG had visited the Presidential Villa last week where he complained about the takeover of the recruitment by the IG when the exercise was almost concluded.
Despite the suspension of the exercise by the commission , the police had released the list of successful candidates who had been directed to report for medical screening between September 9 and 14 at zonal police headquarters.
A source in the commission said , “ The ( PSC ) chairman met with the President who assured him that he would summon the police affairs minister and the IG over the recruitment dispute .
How can the IG simply take over an exercise we started from the scratch when it was almost 90 per cent completed ? It is like an employee giving directives to his employers . ”
Investigations by our correspondent indicated that the commission and the police had clashed many times in the past over recruitment and promotion in the NPF .
Findings showed that the administration of Tafa Balogun as the Inspector -General attempted to bypass the commission by taking the promotion and appointment of state commissioners of police to President Olusegun Obasanjo , for approval , in 2002 .
Following the resulting spat between the police and the commission , Obasanjo was said to have invited the Vice President , Secretary to Government of the Federation, Head of Service , Chief of Staff to President , Minister of Police Affairs, the National Security Adviser and the Chairmen of Senate and House Committees on Police Affairs to a meeting in the Villa where it was resolved that such should never recur .
Obasanjo also reportedly followed up the resolution with a letter to Balogun and copied to the commission to emphasise the position taken at the meeting .
Sunday PUNCH gathered that the issue also occurred during the tenure of IGPs Sunday Ehindero and Mike Okiro .
Further checks showed that Okiro reportedly recommended some officers for promotion to DIG and AIG to the then President Umaru Yar ’adua in 2008 , but the commission insisted that he ( Okiro) had no such powers .
He was consequently directed to forward his recommendations to the PSC for necessary action .
Our correspondent reports that the immediate past IG, Ibrahim Idris , also clashed with the commission under the chairmanship of Okiro over special promotion given to police officers working with him ( Idris ) .
Idris ’ relationship with the commission started on a frosty note, when upon his appointment he wrote to the Chief of Staff to the President , Abba Kyari , to seek approval for promotion of some senior officers to DIG and AIG , a move that irked Okiro and his management team .
In the aftermath of the perennial disagreements with the police leadership over recruitment and promotion matters , the commission sought a legal opinion from the office of the Attorney -General of the Federation and Minister of Justice .
The AGF in a letter with reference number , MJ/ LIT / ABJ / PSC / 16 / 05 / 07 , dated March 29 , 2007 , signed by Pamela Ohabor , stated that “ the powers of recruitment , dismissal , and exercise of disciplinary control in the Police Force is vested on the Police Service Commission , according to the Constitution of the Federal Republic of Nigeria , 1999 . ”
Source:- Punchng 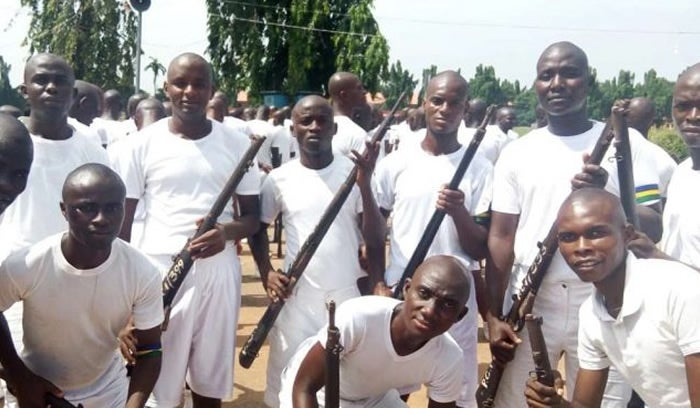