» News » Governor Wike Suspends Muslim Pilgrims Welfare Board Because Of This

Governor Wike Suspends Muslim Pilgrims Welfare Board Because Of This

DJ PRINCE-J ENTERTAINMENT WORLDWIDE
Add Comment
News
The Vice President-General of Jamaatu Nasril Islam, (JNI), Alhaji Abubakar Orlu said that Rivers State government suspended the state Muslim Pilgrims Welfare Board because of fraudulent activities and the unsatisfactory manner the board was being run.
Alhaji Orlu in a press statement issued in Port Harcourt yesterday also said that the state government did not demolish a completed Mosque building in the state.
He alleged that some fraudulent persons had in the past hijacked hajj seats in Rivers State to other states given credence to why the state government suspended activities of Muslim Pilgrims Welfare Board.
On the alleged demolition of a Mosque, Alhaji Orlu said that some people wanted to use the issue to stoke the embers of disunity among Christians and Muslims and tarnish the image of Rivers State Governor, Nyesom Wike. 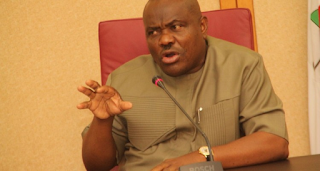