DJ PRINCE-J ENTERTAINMENT WORLDWIDE
Add Comment
News
PRESS RELEASE:
*MURIC SLAMS CLARK OVER MOSQUE FURORE IN DELTA*
Christians in Kiagbodo community, the hometown of elder statesmen, Senator Edwin Clark, in Burutu Local Government Area of Delta State, have partly destroyed a mosque being built by an indigene, Mallam Abubakar Korokeme. The mosque was attacked overnight last Sunday.
Meanwhile, the Muslim Rights Concern (MURIC) has slammed Chief Edwin Clark for speareheading an anti-Muslim campaign in the community. The Islamic human rights organization put the lion’s share of the blame on the elder statesman. This was contained in a press statement released by the Director of MURIC, Professor Ishaq Akintola, on Monday, 9th September, 2019.
“The buck stops at Chief Edwin Clark’s table. He is respected in the area and in the whole state and his opinion holds sway. Edwin Clark is well educated and widely exposed. He is a former senator. He is supposed to know better. How can he argue that a mosque could not be allowed in his community because it is a predominantly Christian environment? Is that what the Nigerian Constitution say? Is Clark telling us that even as an ex-senator, he does not know that there is freedom of religion?
“Senator Edwin Clark has disappointed us. There is no continent in the world that Clark has not visited. He saw mosques in Texas. He saw mosques in Toronto. He has been to Britain and the latter has different types of mosques. Yet these are Christian countries. You can see the dilemma facing Nigeria. It is the literati who are misleading ordinary folks.
“Come to think of it. Abubakar Korokeme is an indigene of the community. Yet his people will not allow him to build a mosque. The mosque is not just on the street but right inside Abubakar’s private compound. Yet elders in the community led by Chief Edwin Clark goaded Christian youths to anger against an innocent man just because he is a Muslim. We know how this game is played. The elders should stop blaming the youth. Chief Edwin Clark should take a look at the mirror. What he sees is a Muslim-hater.
“MURIC is not unaware that more than 80% of the churches in the North are built by nonindigenes. Yet Christians in Delta State will not allow a mosque being constructed by an indigene to stand. They pulled down a section of the mosque hiding under the excuse that it might be used by herdsmen as a base in the community. That excuse is most laughable, most mischievous and highly untenable.
“We call on the whole world to see how Muslims are being treated in their own country and on their own land in Delta State. Even in Rivers State, Islamophobia is the norm. We charge all world organisations to note who is manifesting religious fanaticism.
“Just last week, a whole governor supervised the demolition of Trans-Amadi Central Mosque in Port Harcourt. Then he took journalists there by himself to stage a hocus pocus of a press briefing in which he claimed no mosque ever existed at the spot. Well, Asari Dokubo’s video clip has exposed all that as sheer executive abracadabra.
“History does not forget because today was born from the wombs of yesterday. We are placing it on record that Nigerian Christians were the first to start demolishing mosques, first in Port Harcourt in Rivers State and then in Kiagbodo, Delta State.
“We have appealed to Muslims particularly in Northern Nigeria to resist the temptation to retaliate and they have listened to us. We repeat our appeal today. Leave the churches alone. Touch no Christian. Those who demolished our mosques are not true believers in the Almighty God. They are haters of their fellow men.
“We urge Governor Ifeanyi Okonwa of Delta State to give adequate protection to Muslims in the state as it is already clear that they are living in the midst of foes. The world is watching.
“We assure the minority Muslim families in Delta, Rivers and other places that we are with them in these trying moments. They should to continue to uphold the integrity of Islam, to remain strong in faith, persevering and patriotic. We ask them to ponder over the words of Allah, ‘So do not lose heart. Do not fall into despair because you will triumph if indeed you are Muminuun (faithful)’.
“By the same token, we charge the Commissioner of Police to do the needful. Muslims in the state have become endangered species. They need protection and the police must rise to the occasion. They are tax-payers too and they have Allah-given fundamental human rights which are now being trampled upon with impunity. We demand police action. Those who destroyed part of the mosque must be arrested and charged to court for trespass, wilful damage and acts capable of causing breach of the peace.
“We have a message for the American Congress. You have invited Christian leaders and clerics from Nigeria to address Congress after making false allegations about Christians being killed in our country. When will you give Muslim leaders and Imams the same opportunity to state their own side of the story. Or is that not the way, fairness and equity go? Is democracy about partiality and exclusivity? Or is the American Congress allergic to the presence of Muslim clerics?
“As we rise from this session, we appeal to Muslims nationwide to exercise utmost patience. They should remain calm and law-abiding. We must not allow any form of violence to erupt because Nigeria needs peace to develop. The programmes of the present administration cannot succeed in a turbulent atmosphere. Those who are engineering hatred for Muslims and fanning the embers of religious war wish to see Nigeria go up in flames. They are waiting to see Muslims retaliate so they can launch another bloodletting crusade. We must disappoint them.”
Professor Ishaq Akintola,
Director,
Muslim Rights Concern (MURIC) 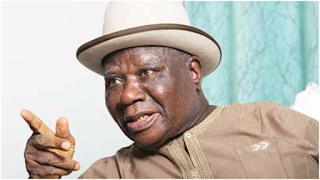