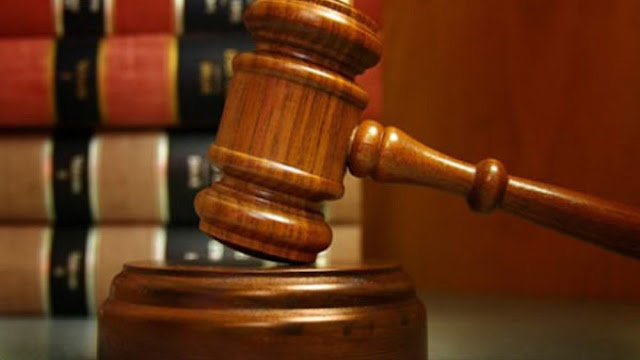 Those involved are; Moboluwaji Omowole, 19, Chuka Chukwu, 19, Peace Nwankama, 19, James Aguedu, 20 and Josephine Osemeka, 20. However, during the proceedings, the male defendants – Omowole, Chukwu and Aguedo were not present due to the inability of the officials of the Kirikiri Medium Prisons to bring them early to court. The presiding Judge, Justice Abiola Soladoye stood-down proceedings at 9 am when none of the defendants were in court. The female defendants; Nwankama and Osemeka were brought into the courtroom by officials of the Kirikiri Female Prisons at 10.23 am However, three male defendants still absent in the courtroom when the case was called at 10.51 am for hearing. Mr Lawal Pedro (SAN), Aguedu’s defence counsel, registered his displeasure about the development. “The court sits at 9 am. We, the state and citizens are equal before the law. “The same indulgence (standing-down the case) will not have been granted if the situation were reversed,” he said. While responding to Pedro’s submission, Dr Jide Martins, a Director in the Directorate of Public Prosecution (DPP) and lead prosecutor in the case stated that the delay was not caused by the prosecution. “The correctional services are yet to bring the defendants to court, I do not want to speculate but one can generally assume that it is caused by the traffic situation. “I am not comfortable with the aspersion that is inferred that the delay was at the instance of the prosecution. “This is beyond our control, we have done our part, our witness is in court and we are ready to proceed with our case,” Martins said. Justice Soladoye adjourned the case until Dec. 3 for the continuation of the trial due to the absence of the three male defendants. According to the prosecution, the defendants committed the offences sometime in 2017 at UNILAG, Akoka, Lagos. Teenager docked for duping online lover The intricacies of rape in our society Martins said: “Omowole, Chukwu and Aguedo sometime in the month January and sometime in the month of February 2017 defiled the complainant by having unlawful sexual intercourse with her. “Chukwu sometime in January 2017 at No. 25, Shobande St., Akoka, Yaba, Lagos knowingly allowed Omowole to defile the complainant by having unlawful sexual intercourse with her. “Nwankama, Aguedo and Osameka between the months of January to March 2017 were into the procuration (obtaining) of young girls for the purpose of defilement. “Osemeka sometime in the month of January 2017, in UNILAG, sexually assaulted the complainant by kissing her.” While testifying on Feb. 26 the victim said that she was lured by Nwankama who was her roommate to High Rise, a staff quarters hostel at UNILAG. She alleged that she was gang-raped at High Rise by eight male students and sexually assaulted by Osemeka. She further said that the gang-rape and sexual assault at High Rise was videotaped and that she was blackmailed with the video and further gang-raped on some other occasions by the defendants and their accomplices who are now at large

0 Response to "Absence of fake doctor from court stalls trial"