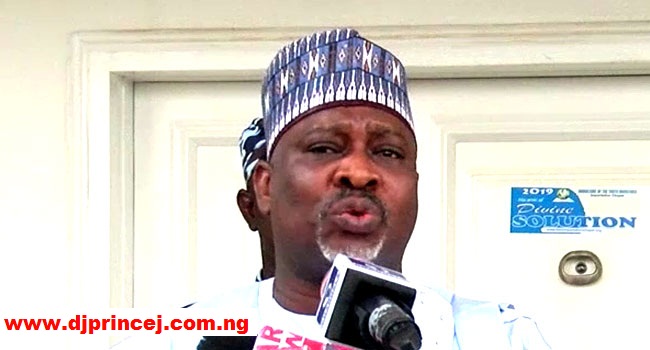 The panel set up to investigate allegations of gross misconduct against the impeached Kogi Deputy Governor, Simon Achuba, says it could not prove the allegations levelled against him.
Naija News had reported earlier that the Kogi State House of Assembly impeached Achuba as the State Deputy Governor on Friday.

Reacting to the impeachment, John Baiyeshea, the chairman of the panel set up to investigate allegations of gross misconduct against the impeached Deputy Governor, said his committee could not prove the allegations levelled against Achuba.

The chairman of the panel described the announcement that Achuba had been removed as “the most bizarre thing that I have ever heard in my life”, Baiyeshea said the report of the panel was submitted when the house was not in session.

Baiyeshea said in accordance with the law, the lawmakers could not have commenced impeachment proceedings since the panel could not prove the allegations against Achuba.

“This is the most bizarre thing that I have ever heard in my life,” he said in an interview.
“We submitted the report to the speaker around 1 pm and I left Lokoja for Abuja. I was at Gwagwalada area when one of the panel’s members who had not left Lokoja called to tell me that he saw it on television that the deputy governor had been impeached.

“As far as the report that we submitted to the house of assembly is conce
rned, the committee returned the decision that all the allegations were not proved. What the constitution said by section 188(8) is that, ‘once the panel returns a verdict like that. No further proceedings can be taken on it.’

“That is it. It is only when the panel returns a verdict that allegations have been proved (to be true) that they can go ahead within 40 days. When did the house sit? We delivered the documents and the house was not even in session today,” he added.

In the panel report sighted by Naija News, the impeached Kogi Deputy Governor was accused of financial misappropriation, “deliberate disdain” for decisions of Kogi executive council and absconding from official duties among others.

However, the panel made it clear that the allegations against Achuba could not be substantiated.
“In line with Section 188(8) of the Constitution of the Federal Republic of Nigeria 1999 (as amended) quoted herein before, we hereby report to the Kogi State House of Assembly that the allegations contained in the Notice of Allegations admitted in evidence by this Panel as Exhibit C7 have NOT BEEN PROVED,” it said.

Read the full panel report: Panel Report On Allegations Of Gross Misconduct Against Simon Achuba
Meanwhile, the governor of Kogi State, Yahaya Bello, has picked his running mate for the November 16 governorship election in the state, Edward Onoja, to replace Achuba.