» Boxing » 'They know what I possess': Deontay Wilder says Anthony Joshua will keep avoiding him even if he beats Andy Ruiz Jr.

'They know what I possess': Deontay Wilder says Anthony Joshua will keep avoiding him even if he beats Andy Ruiz Jr. 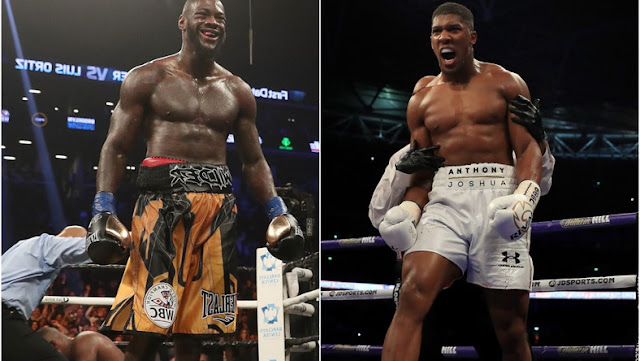 Deontay Wilder says Anthony Joshua will keep avoiding him if he actually manages to beat Andy Ruiz Jr. in their high-stakes rematch in Saudi Arabia on Saturday.
Wilder and Joshua have been verbally sparring for years, before and after failed negotiations to settle their differences in the ring in a meeting of heavyweight champions.
While Wilder continues to reign as the WBC title holder, Joshua relinquished his WBA, WBO, and IBF belts to Andy Ruiz Jr., whom he lost in stunning fashion to in June.
Should Joshua beat Ruiz Jr. this weekend, winning his world titles back in the process, Wilder does not expect a lucrative showdown between them to suddenly materialize because Joshua's team fears a defeat.
Wilder told Business Insider: "Everything that I was talking about they didn't want the fight, they worried about losing because when he lost it'll knock his marketability down a little bit."

World Boxing News reported early last year that Joshua said he intended to talk to Wilder regarding fight negotiations.
The British heavyweight's broadcaster Sky Sports, though, doubted a deal could be done until 2019. Wilder appeared keen to agree a contract and even said he'd be willing to fight in the UK. 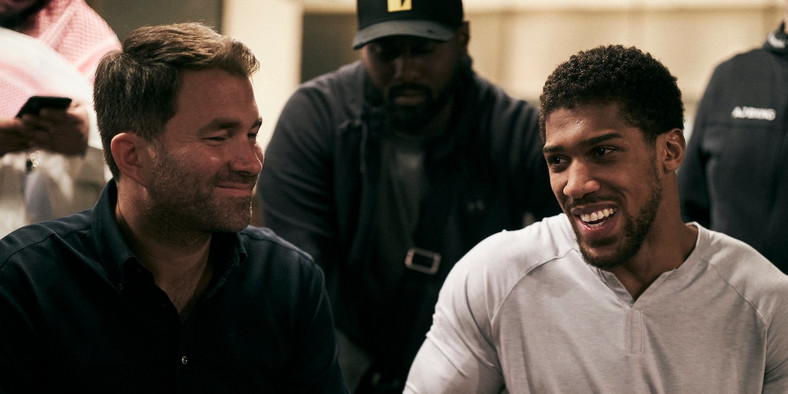 Eddie Hearn and Anthony Joshua
Matchroom Boxing / Mark Robinson
By April, 2018, Joshua's promoter Eddie Hearn said a contract with Wilder's manager Al Haymon was in place but a sticking point proved to be money, World Boxing News said. Joshua offered Wilder $12.5 million. Wilder offered Joshua $50 million. In the end, a deal could not be agreed.
"They didn't want to risk fighting me in the first place and this saga came about, teams going back and forth. We came out on top. What we were saying was true. Why they avoided me.
"If he wins [on Saturday], he'll avoid me again. He ain't gonna want to do that, they know what I possess."
Business Insider asked Wilder whether he has any career regrets, that he was never the one to knock Joshua out first.
"I don't regret it," he said. "I can't regret nothing that I can't control. I can't control not fighting him. We did everything in our power to try and fight him. I even accepted a low ball offer. It don't get no lower than that.
"I accepted a low ball offer and I offered him the highest payday [$50 million] he could ever receive in his country, period, any day of the week. They still didn't want to take. I did all I could do. And all of that was validated when Ruiz beat him that night."

Title : 'They know what I possess': Deontay Wilder says Anthony Joshua will keep avoiding him even if he beats Andy Ruiz Jr.
Description : Joshua fights Ruiz Jr. for a second time this weekend after suffering a shock seventh round knockout defeat in June. Should he triumph...
Rating : 5
Related Posts: Boxing

0 Response to " 'They know what I possess': Deontay Wilder says Anthony Joshua will keep avoiding him even if he beats Andy Ruiz Jr. "