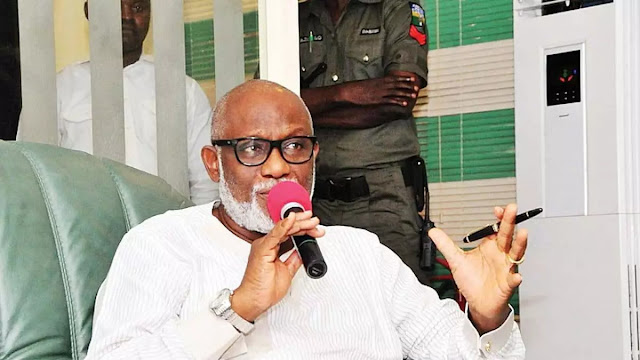 Governor of Ondo State, Oluwarotimi Odunayo Akeredolu has reacted to the statement by the federal government describing south-west security outfit ‘Operation Amotekun’ as illegal.
In a statement signed by the Special Assistant on Media and Public Relations to the Attorney General of the Federation and Minister of Justice, Dr Umar Gwandu, the government said the establishment of Amotekun is not backed by any known law in the land.
“The setting up of the paramilitary organization called “Amotekun” is illegal and runs contrary to the provisions of the Nigerian law.
“The Constitution of the Federal Republic of Nigeria 1999 (as amended) has established the Army, Navy and Airforce, including the Police and other numerous paramilitary organisations for the purpose of the defence of Nigeria.
“As a consequence of this, no State Government, whether singly or in a group has the legal right and competence to establish any form of organization or agency for the defence of Nigeria or any of its constituent parts.”Malami said
Reacting, Akeredolu, while speaking on ChannelsTv, said the governors will respond to Malami when he comes up with the ‘relevant portions of the law on the matter
He said, ”One thing is clear, laws are not made in the office of the Attorney General; he can only interpret the laws and give positions of government on matters relating to the law.
“When he comes out with relevant portions of the law on the matter, we will consider it and respond adequately as the law stipulates.
“We have not met, but I can assure you that when we meet, we will adequately respond to the position of the AGF.”