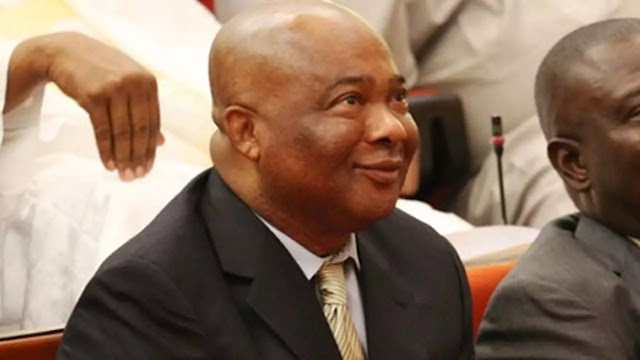 Imo Governor-Elect, Senator Hope Uzodinma and his Deputy, Professor Placid Njoku will be sworn in Wednesday at 1pm.

Chief Judge of Imo State, Justice Paschal Nnadi, will conduct the inauguration at the Government House where security remains tight
Uzodinma of the All Progressives Congress (APC) will then give an inaugural speech.
Thereafter, he will address a press conference.

Uzodinma is expected to announce his first set of appointment within 24 hours.
Positions like Chief of Staff, Secretary to the State Government and Chief Press Secretary would be filled.

The Supreme Court, in a unanimous Judgment on Tuesday, sacked Emeka Ihedioha of the People’s Democratic Party (PDP) as Governor, and declared Uzodinma the winner.
It ordered the Independent National Electoral Commission (INEC) to issue Uzodinma a certificate of return.

A seven-man panel, in its decision, held that Ihedioha did not win the majority of votes cast at the March 9, 2019 governorship election.

The judgment delivered by Justice Kudirat Kekere-Ekun, held that the candidate of the APC won on grounds that he polled majority of the lawful votes cast at the election.

The apex court held that the lower court erred in law when it rejected evidence tendered before them to the extent that votes from 388 polling units were not credited to APC and Hope Uzodinma.
Kekere-Ekun said with the result from the 388 polling units, the APC governorship candidate polled majority lawful vote and ought to have been declared winner of the election by INEC.

The judgment set aside the judgment of the Imo election petition tribunal and that of the Court of Appeal both of which had refused to recognise and accept the votes of the 388 polling units as being unlawfully excluded in the general collation.

Uzodinma and APC had in their appeal pleaded with the apex court to review the judgment of the two lower courts against them and restore their victory in the March 9 governorship election.

Earlier, the court struck struck out the appeal against the election of Ihedioha filed by Uche Nwosu the governorship candidate of the Action Alliance (AA) in the March 2019 election.

The Justices struck out the appeal following an oral application for withdrawal by counsel to the appeallant, Solomon Umoh SAN.

Nwosu and his party, AA were among three candidates seeking the nullification of Ihedioha’s election on allegations of malpractices and non compliance with the electoral laws during the March 9 governorship election in Imo State.