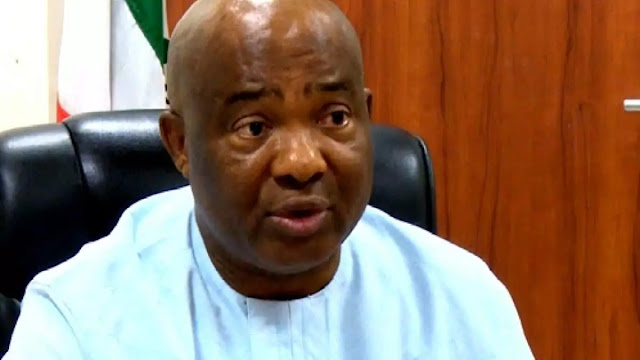 The governor-elect of Imo State, Hope Uzodinma, has issued an order freezing all bank accounts belonging to the state government.

An ‘Order of Post No Debit’ issued by Director-General, Hope Uzodinma’s Campaign Organisation, Chief Cosmas Iwu, to all financial institutions and the Accountant-General of Imo State, warned that no bank is to honour any transaction from the government of Emeka Ihedioha or his officials.

The memo titled ‘Order of Post No Debit on all accounts of Imo State Government Effective Immediately 14th January 2020’, reads:
“Following the Supreme Court judgment of 14th January 2020, I am directed by His Excellency, Senator Hope Uzodinma to take this to your authority/instruction to place a Post No Debit (PND) order on all accounts of the Imo State Government maintained in your various institutions.

“You are by this letter, directed to comply and await further instructions from the office of His Excellency, the Executive Governor of Imo State.”

The Supreme Court, in an unanimous Judgment on Tuesday, sacked Ihedioha of the People’s Democratic Party (PDP) as Governor and declared Uzodinma of the All Progressives Congress (APC) as the winner.

It ordered the Independent National Electoral Commission (INEC) to issue Uzodinma a certificate of return.

A seven-man panel, in its decision, held, that Ihedioha did not win majority of votes cast at the March 9, 2019 governorship election.

The judgment delivered by Justice Kudirat Kekere-Ekun held that the candidate of the APC won on grounds that he polled majority of the lawful votes cast at the election.

The apex court held that the lower court erred in law when it rejected evidence tendered before them to the extent that votes from 388 polling units were not credited to APC and Hope Uzodinma.

Kekere-Ekun said with the result from the 388 polling units, the APC governorship candidate polled majority lawful vote and ought to have been declared winner of the election by INEC.