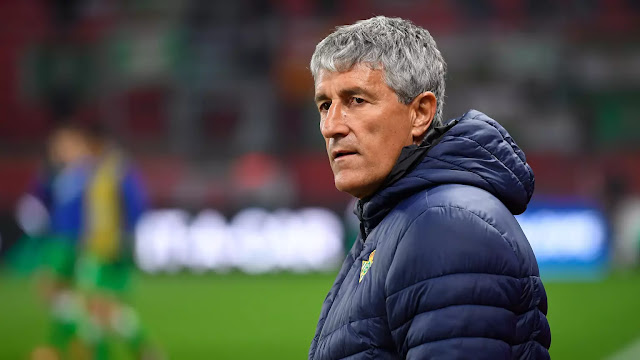 DAILY POST had reported that Setien was officially unveiled as Barcelona coach on Tuesday after replacing Ernesto Valverde at Camp Nou on Monday.

According to Mundo Deportivo, Barcelona have reportedly agreed on a €7million deal alongside a further €4million in add-ons with Palmeiras for their midfielder, Matheus Fernandes.

The newspaper report that Barca’s initial €6million bid for Fernandes was rejected by Palmeiras but both clubs are now said to have found an agreement.

The Blaugrana are now set to announce the player’s signing in the coming days.
Fernandes joined Palmeiras from Botafogo in 2019 for €3.5million.
The 21-year-old’s current contract with Palmeiras will end in 2023.