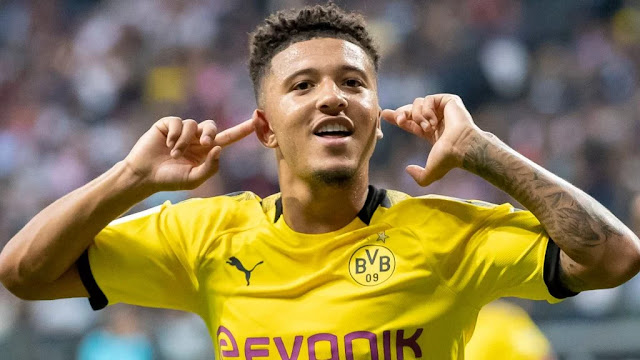 Borussia Dortmund winger, Jadon Sancho, has revealed what will happen if a transfer for him to join Manchester United fails to materialize this summer.

According to Kicker, Sancho has made it clear at an early stage to Dortmund that if a transfer to the Premier League giants fails to materialize, he will work with the same dedication and commitment for the success of the club.

Sancho had already agreed on a personal term with Man United as the Red Devils remain favourite to agree to a deal for him this summer transfer window.

Dortmund have already told Man United to sign Sancho before August 10 (today) when their 2020/21 pre-season tour will commence.

The Bundesliga club had made it clear they will only let Sancho leave if Ole Gunnar Solskjaer’s side can meet their huge £120 million asking price for the player.